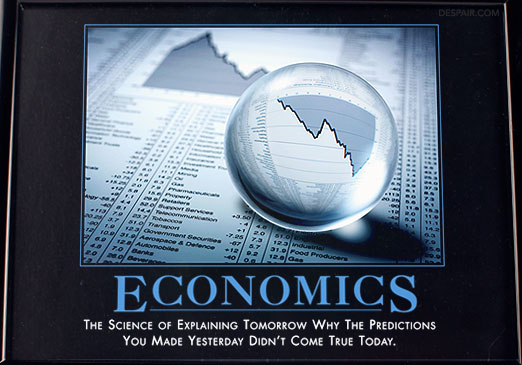 And I sincerely agree with you that banking establishments are more dangerous than standing armies; and the principle of spending money to be paid by posterity, under the name of funding, is but swindling futurity on a large scale. -Thomas Jefferson, Letter to John Taylor, 28 May 1816.

Perhaps the greatest predictor of the future success and survival of any community is a consciousness in its decision makers of the many generations that will come after it. A major transition in the last 50 years is an increased focus on individual liberty. At the same time there has been a decreased emphasis placed on the collective need to ensure that future generations have the opportunity to succeed. Some of this loss of stewardship can be explained by active disinformation by groups that immediately benefit by preying on shortsighted planning. This disinformation can be propagated by groups that benefit directly from the foolishness of citizens, such as credit card companies, gambling establishments, some banks, etc. Game theorists recurrently have proven that sustainable stewardship comes from group consciousness plus practical wisdom while unsustainable stewardship is usually the result of individualistic egotism disguised under “a more-altruistic-than-thou” veneer. Ever since the days of Isaiah and of Socrates, intellectuals have recognized this existential dilemma: The demogogues who use altruistic rhetoric to advance their own ends  are particularly good at convincing the public that those who are truly concerned about the good of the community are their enemies. “Oh Jerusalem, Jerusalem…”

The success of a community comes from the prospering of individual families within it. If people can find an optimal balance between time and money, and family and work, their families will prosper. If both parents focus too much on work, their family members will feel neglected. If both fail to put effort into work, their children will grow up in poverty and without an example of industry. If they realize that some types of wealth, such as their own health, are foundational to sustainably enjoying other types of wealth, they will budget each day the time to exercise.

A mature stewardship vanguard is not dogmatic, but critical. Because they realize that past performance does not predict future returns, they will truly diversify what they invest in. Most people might not be aware that historically, just when those living in empires have felt so secure that they have overinvested in extravagant things at the upper end of the Maslowian scale, they have been overrun by the barbarians. If they are aware of how little self-reliance there is today compared to all other times in human history, they will realize that if supply lines are disrupted due to a pandemic, an EMP, a war, or some other disaster, 90% of America would find their existence reduced to the most basic levels. Although farming communities like Spring Grove might feel self-reliant because they have land and food, where do they think hundreds of millions of city dwellers will be headed if they run out of food due to one of the above disasters? Unlike many of our ancestors, who were used to fasting for several days as part of religious rituals, most Americans could neither predict their own psyche’s response to severe hunger nor truly sympathize with others.

If you don’t follow, try this: fast for just three days (no caloric drinks either) and see how well you are thinking by the end of them. If you go to five days, your mind will start to reassort its priorities completely, and all you will be able to think about will be food and how to acquire it. Most Americans completely lack the self control necessary to fast this long. I guarantee that such fasting would quickly awaken people from their dogmatic complacency and help them realize the fragility of all we have. Although, most Americans could go for several weeks without eating and still survive, and some could go much longer, do not do this if there is any danger in hurting yourself (that is, you are already too thin).

There are numerous competing theories, but these two present a good dichotomy. Greater Fool Economics has been the cause of many market bubbles, because the majority of people’s sense of reality can be induced by a few years of experience. “Reality is a slippery notion.” Only those with a wider sense of history or advanced critical thinking skills are able to avoid falling for the linear projection fallacy. The bubbles seem to keep getting bigger each time before they burst, with more serious consequences each time. Hopefully, members of our community will have the prudence to follow the Maslowian Economics.